The Market-implied Probability of European Government Intervention in Distressed Banks 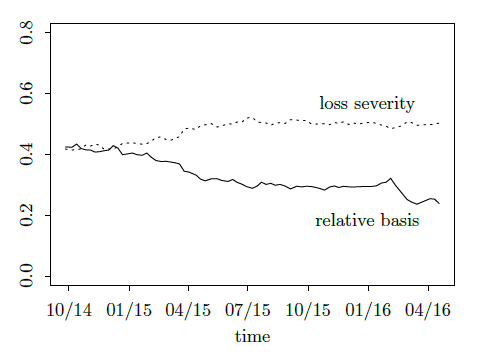 This paper assesses the likelihood of European government support in distressed banks. To measure market expectations of these events, the authors study the credit spread between old credit default swap contracts and new ones with a definition of default linked to government intervention. (Working Paper no. 16-10)

New contract terms for credit default swaps (CDS) on banks were introduced in 2014 to cover losses from government intervention and related bail-in events. For many large European banks, CDS spreads are available under both the old and new contract terms; the difference (or basis) between the two spreads measures the market price of protection against losses from certain government actions to resolve distressed banks. We investigate cross-sectional and time series properties of this basis, relative to each bank’s CDS spread. We interpret a general decline in the relative basis as a market price-based signal that governments are less likely to bailout banks in distress, but that banks do not yet have sufficient bail-in debt to protect senior bond holders in case of a credit event.