By Paul Glasserman and Gowtham Tangirala 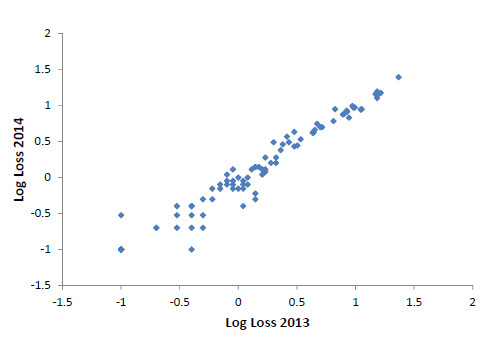 This paper examines the results of four rounds of stress testing of the largest U.S. bank holding companies, starting in 2009. The data reveal a growing correlation in results from one year to the next, highlighting whether the stress tests in their current form may be losing some of their information value over time. The authors discuss the implications of these patterns and recommend greater diversity in the stress scenarios analyzed. (Working Paper no. 15-02)

Regulatory stress tests have become a key tool for setting bank capital levels. Publicly disclosed results for four rounds of stress tests suggest that as the stress testing process has evolved, its outcomes have become more predictable and therefore arguably less informative. In particular, projected stress losses in the 2013 and 2014 stress tests are nearly perfectly correlated for bank holding companies that participated in both rounds. We also compare projected losses across different scenarios used in the 2014 stress test and find surprisingly high correlations for outcomes grouped by bank or by loan category, which suggests an opportunity to get more information out of the stress tests through greater diversity in the scenarios used. We discuss potential implications of these patterns for the further development and application of stress testing.