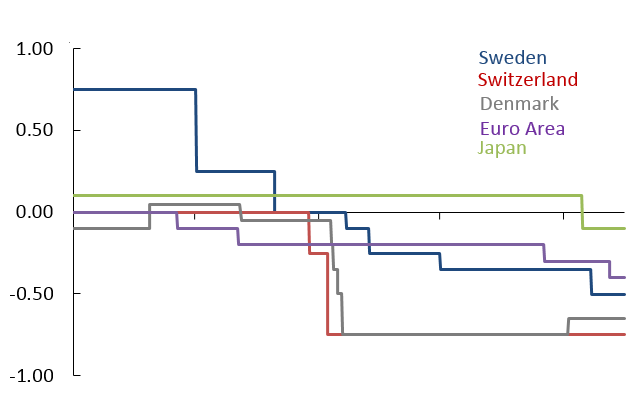 Global risk assets sold off sharply in the first six weeks of 2016. They have partly recovered, but the underlying themes of weak global growth outlooks, low oil prices, and uncertainty about policy options remain. This edition of the markets monitor discusses negative interest rates, the sell-off in bank stocks, and the high levels of U.S. stock valuations.

Developments in the first quarter of 2016

Back to Financial Markets Monitor