Time is Right for LIBOR Alternative 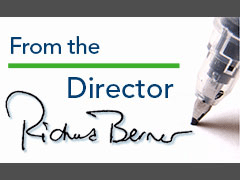 LIBOR is not just an interest rate. It is an interest rate benchmark, or reference rate, one that plays a central role in financial markets and our economy. But there are doubts about LIBOR’s reliability, prompting the Federal Reserve and the Office of Financial Research (OFR) to work with other agencies and market participants to devise a reliable, widely accepted alternative.

Just how central is LIBOR’s role in financial markets and the economy? U.S. dollar LIBOR is used widely in U. S. markets to set interest rates on retail mortgages, private student loans, floating-rate corporate loans, and other financial products. Interest payments on at least $10 trillion in loans and an estimated $150-160 trillion in the notional value of derivatives contracts vary with U.S. dollar LIBOR. The difference between LIBOR and risk-free interest rates is a measure of risk in banks and financial-market stress.

LIBOR’s central role and broad use as a reference rate mean it must be reliable. Its integrity is as essential to the financial system as Greenwich Mean Time is for setting clocks around the world. An error in Libor would result in mispriced loans and hide risk in the financial system, problems all too prevalent before the financial crisis of 2007-09.

As with any standard, LIBOR’s integrity and reliability cannot be taken for granted. They must be properly governed and verified.

During the financial crisis, some banks attempted to manipulate LIBOR lower to conceal their risks. Some banks attempted to manipulate LIBOR higher to increase payments made to them. LIBOR is based on surveyed estimates from a panel of dealing banks, and those surveys became suspect. Unsecured borrowing — and confidence in banks as counterparties — plunged.

The attempts at manipulation and flaws in LIBOR design sparked calls for reform in the United States and overseas, including in each of the Financial Stability Oversight Council’s annual reports since 2013. Reforms were implemented in the United Kingdom, in line with proposals from the Financial Stability Board, and U.S. authorities carried out enforcement actions. Those reforms aimed to base LIBOR more directly on financial transactions instead of surveys and to overhaul governance.

The challenge is that the volume of transactions that form the basis for LIBOR continues to shrink. As a result, the majority of LIBOR submissions are still based on judgment instead of transactions. So, the future integrity and reliability of LIBOR remains uncertain and the need for an alternative is becoming more urgent.

ARRC has narrowed the list of potential alternatives to two: A secured repurchase agreement (repo) rate and an unsecured rate, the Overnight Bank Funding Rate. A repo is essentially a collateralized, or secured, loan when one party sells a security to another party with an agreement to repurchase it later at an agreed price. Published by the Federal Reserve Bank of New York, the Overnight Bank Funding Rate is a broad, widely accepted measure of the cost of funds for U.S. banks based on the federal funds rate and those on overnight Eurodollar deposits.

The New York Fed announced earlier this month that it is working with the OFR on potential alternatives based primarily on interest rates on triparty repos, transactions in which a third party known as a clearing bank manages collateral, handles administration, and assures payment.

Repos are a key source of short-term funding for the global financial system, so rates based on repo transactions could be good candidates for an alternative reference rate.

In the future, adding bilateral repos to an alternative reference rate would make its coverage more comprehensive. Bilateral repos, as the name implies, are arranged and settled directly between borrower and lender. Currently, however, data describing such transactions are scant, so the OFR is establishing a permanent data collection for them. Thanks to a pilot project the OFR conducted in collaboration with the Federal Reserve, with input from the Securities and Exchange Commission, that collection already has a head start. The OFR is uniquely situated to collect such data that may lie beyond the reach of other regulators.

In an open session on November 16, Federal Reserve Governor Jerome Powell briefed the Financial Stability Oversight Council on LIBOR alternatives. He said he expected the selection of an alternative reference rate in 2017, but the transition to a new rate will require broad market acceptance. That transition may be challenging because LIBOR is so widely used. Effective planning and collaboration between industry and government will be critical to making the transition smoother and faster.

The OFR is involved in the planning — already well underway — and will be involved with implementation when it occurs. A new alternative reference rate will be a firm foundation for a financial benchmark that is critical for households and businesses alike.

Richard Berner is Director of the Office of Financial Research

Back to From The Director Archived